You are encouraged to download the form letter and open in your Adobe Reader, and re-save once it has been completed. Please contact Mary Roberson, senior director of communications and marketing, at 612-677-2765 with any questions. All completed nominations should be submitted by Friday, September 23, 2022. 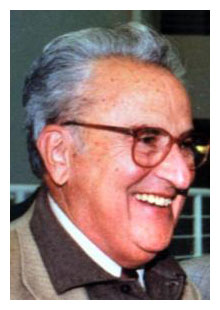 Dr. Phillip L. Sirotkin (1923‐2007) was the founding father and senior adviser of the Midwestern Higher Education Compact (MHEC). Sirotkin’s skill at developing collaborative arrangements among state governments and higher education institutions was tapped to help create and establish a higher education compact among 12 states in the Midwest, the only section of the country that did not have a regional agreement at that time. After working with state officials to found the Midwestern Higher Education Compact in the 1990s, Sirotkin served several years as a senior adviser to the commission.

Sirotkin also served as the longtime executive director of MHEC’s sister compact the Boulder‐based Western Interstate Commission for Higher Education (WICHE). He guided WICHE for 13 years – 1976 to 1989 – during which time the 15‐state higher education organization created and extended cost‐effective educational programs and opportunities that benefit students and public and private colleges and universities throughout the West.

He moved into higher education administration after several positions in the mental health field. He was with the National Institute of Mental Health from 1964 to 1971, serving as NIMH associate director during his last four years there.

Earlier, he was executive assistant to the director of the California Department of Mental Hygiene from 1960‐1963, and he helped to establish the mental health training and research program at WICHE between 1957 and 1960.

Sirotkin received his bachelor’s degree from Wayne State University (MI) in 1945, and his master’s degree and doctorate in political science and constitutional law from the University of Chicago between 1947 and 1951. He was an instructor and assistant professor of political science at Wellesley College between 1950 and 1957 when he joined WICHE for the first time to help develop its mental health education program.

During World War II, he served in Army intelligence between 1943 and 1946 when he became fluent in the Russian language.

Sirotkin, who was born in Moline, Illinois on August 2, 1923, had a consuming passion for teaching and education, politics, baseball, and literature.